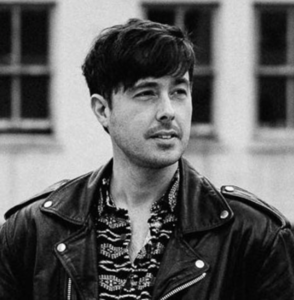 Mobile Guitar Lessons in Vancouver, BC

Steven Beddall is a renowned performer, producer and composer based in Vancouver BC. Having taken the stage at some of North America’s most prominent music festivals (Coachella, Pemberton, Oshega) to composing music for award winning filmmakers (Larry Kent, Darcy Turenne) he’s firmly established a presence in the Canadian West coast music scene and earned a reputation as a multi talented composer capable of producing compelling and exciting music in a variety of different genres and styles.

In 2015 Steven and long time collaborator Missy Cross were approached by legendary cult filmmaker Larry Kent (The Bitter Ash, Sweet Substitute) to create a series of compositions for ‘She Who Must Burn’ which won a Leo award for Best Sound in Motion Picture and was nominated for Best Motion Picture in 2016.

In 2017 Steven scored the music for the documentary film ‘The Moment’, directed by award winning filmmaker Darcy Turenne. 'The Moment’ was the closing film of the 2017 Whistler Film Festival, sold out over 100 screenings worldwide, debuted at #3 on the US iTunes Independant Film charts and was nominated for 3 Leo Awards.

Steven worked extensively with Los Angeles based company Ritual Music throughout 2016, creating production and advertising music. Throughout the last 2 years he’s worked closely with Patagonia, producing music for their ‘Provisions’ videos, and has established himself as a go to composer for a diverse range of companies looking for custom music scores to augment their video assets.

Since relocating to Vancouver from Ottawa in 2003, Steven has toured with a variety of local and internationally recognized acts as a guitarist and vocalist. He’s worked and toured extensively with Vancouver based DJ duo The Funk Hunters and was a writing contributor on their full length 2017 album ‘Typecast’. The Funk Hunters won ‘Electronic/Dance Artist of the Year’ at the 2018 Western Canadian Music Awards. Through his work with The Funk Hunters, Steven has frequently shared the stage with legendary hip hop artist Chali 2na of Jurassic 5, and was a musical contributor on the Funk Hunters/Chali 2na collaborative EP ‘Illectric’

Steven has produced and toured his own band ‘Wooden Horsemen’ all throughout Canada since it’s inception in 2013. They’ve since built a reputation as a must see live act and are a staple at grassroots festivals throughout the West coast of Canada. The leading track of their 2016 EP ‘Head On A Plate’ was listed in the Top 20 on CBC’s Radio 3 for four weeks following it’s release. In November, 2018 they released their second full length album ‘Past Lives’ and will be touring extensively throughout 2019.