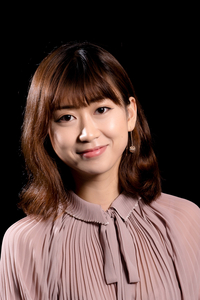 Piano lessons in Orange Country with Juilliard pianist and composer

Chinese composer, concert pianist Yihui Liu is professionally trained over 20 years and came to the United States in 2011 to continue her dream in music.

As a concert pianist, she has performed in venues such as the Kennedy Center, Fontainebleau Chateau, Morgan Library in NYC. Her recitals are heard all over the world including the Netherlands, the Czech Republic, France, Germany, Austria, Canada, Singapore, the U.S., and China. She has performed as the soloist with orchestras including the Juilliard PianoScope Chamber Orchestra and Oberlin Orchestra, among others. She was invited as guest soloist to the Holland Music Session, and her interpretation of Ravel’s music has been awarded by the Fontainebleau School in France.

She has participated in many industrial and academical conferences and events, including The Game Sound Con, Game Developers Conference in San Francisco, Mix Presents Sound for Film & Television, VRLA Conference, among others. Her paper Deep adaptive and narrative music for video games is showcased and published at the Alliance of Women in Media Arts and Technology Conference (AWMAT2019) which is held annually at UC Santa Barbara. She has worked with numerous world-class artists including Robert Shannon, Matti Raekallio, Mari Kimura, Edward Bilous, David Heetderks, Bobby Ferraza, among others.

Yihui holds a master’s degree in solo piano performance from the Juilliard School and bachelor’s from the Oberlin Conservatory. She is currently pursuing her Ph.D. degree in the Integrated Composition, Improvisation, and Technology program (ICIT) at UC Irvine. Her doctoral thesis is about using cutting edge technology and classical compositional techniques to compose adaptive, interactive and dynamic music for video games.