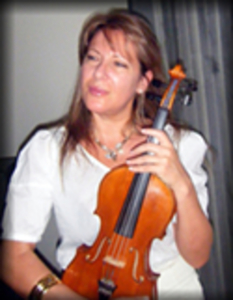 Nataly Pogrebetsky received her musical training at the State Conservatory in Baku, Russia, where she studied from 1979 to 1984 and received her master's degree. Following these years, Nataly worked as a violin teacher and also as an artist at the Chamber Company. Over the 37 years span of her career, Nataly has developed a passion for tutoring children of various ages and has received many noteworthy prizes of excellence in the instruction of children.

Nataly has been living Canada for over 20 years and has continued her work as a violin teacher for all this time. During these years in Canada, Nataly's students have received many prizes in different musical competitions.Some of these awards are listed below: